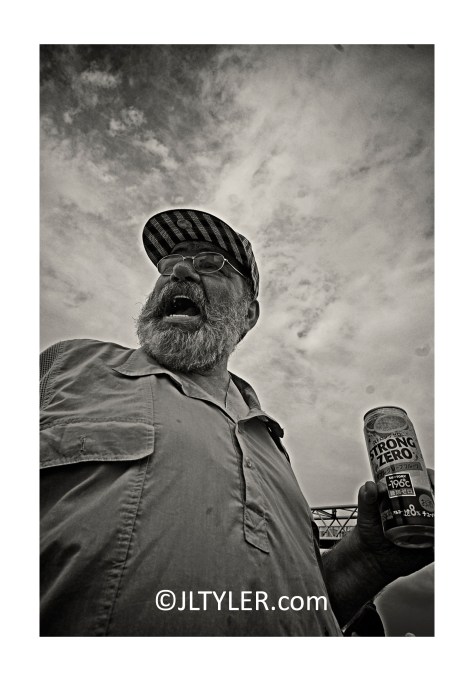 For this series of portraits, I’ve divided the group into two; today I’m putting up the vertical images, and in a future post I’ll put up the horizontal images. It’s for consistency’s sake that I do this. I’m sure you’ll agree the consistency is easier to browse (no re-orienting of your monitor required). But there’s another aspect of consistency, and this time a lack of it, that I want to point out. In these four you’re looking at now, two of them are shot from down low (and I really do like the effect), one is shot with a wide-angle lens, and the fourth is shot straight on. 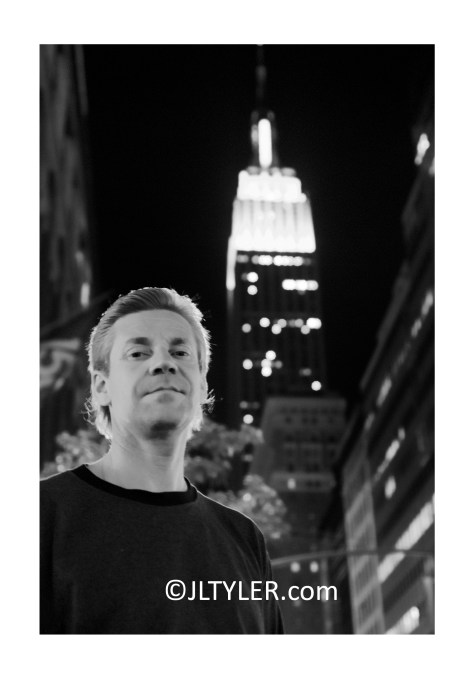 This inconsistency is due to my style, which isn’t studio-based. I grabbed all these shots on the run, as it were, while travelling in India and the US, while drinking with friends in Japan. The series wasn’t conceived as a set; rather, the images were pulled together after the fact. Given my ‘druthers, I would love to act more professionally and create a series from scratch based on a consistent style, but I fear then I’d have to sacrifice the subject matter to achieve the style. Imagine trying to find a cow to stand high for me in a studio as I go low with the camera…. 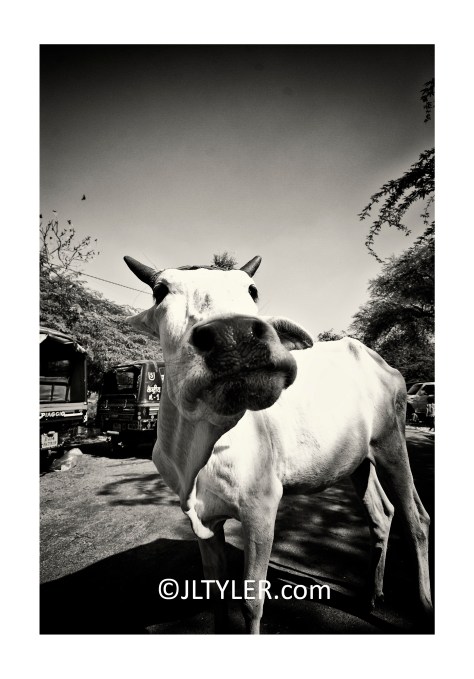 Now this last shot stands out, again for a lack of consistency, but this is something you the viewer can’t see. Let me briefly review what you can see: the subject is of course the first boy with penetrating eyes and a Mona Lisa-smile; then slightly back of him are two friends with serious trepidation written in their brows. 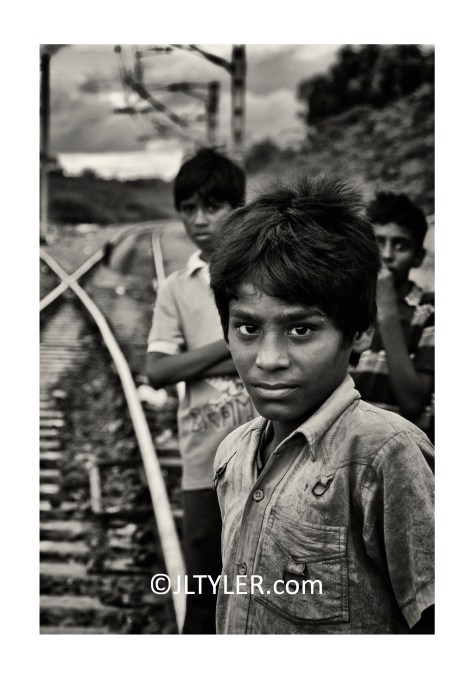 On the left side are railway tracks leading first to a cross, then to curves heading elsewhere,… these tracks help in leading the viewer’s eyes through and eventually out of the picture. But what you can’t see is the next minute of time after this shot was taken, and this is what I like: the boys break from their trepidation and wonderment and turn into laughing and giggling urchins mugging for the foreigner with a camera as they walk home from school. They are filled with fun and boyish charm, but none of the mystery that you see in the image. There is a complete lack of consistency in their behaviour – that which is captured here, and that which I retain in my mind’s eye.

Perhaps a lack of consistency is a good thing. Sometimes.