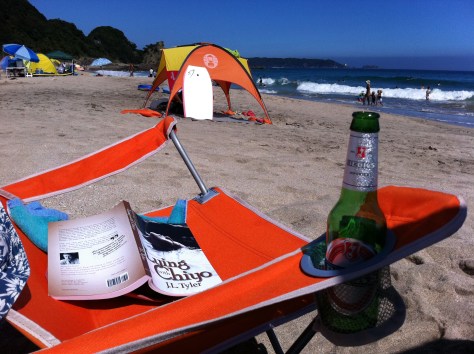 I have four novels listed below, and I consider the first two Learners, or what Stephen King calls “drawer novels” – those early writings which were the training ground for a craft. Though I’m proud of the stories told, I have since told better stories, and in better fashion. The fourth novel is now in progress, a situational plot set in Tunisia’s Grande Erg Oriental desert.

An editor/friend stated early on he hated the title, so I suggested “Delusions of a Shared Existence?” Sorry, too cerebral. Puddle Jumper is Cam’s hitch-hiking trip from a fictional town in Canada to Texas (during which it rains often, hence the jumping of puddles), and the characters he meets along the way. In Texas, he hopes to meet an ex-girlfriend, and pour sugar in her gastank as retribution for cheating on him then dumping him. I know: puerile, but it was fun, and had a pretty tidy ending that didn’t include sugaror gastanks. I’m saving this story for my family to laugh at when I’m old and infirm and dodderingly unlaughable.

Cole Thompson thought he knew Japan. After six years living within Tokyo’s Yamanote loop, he spoke the language, he understood the culture, he even visited the Shinto shrine once a year to welcome the New Year. He had grown… accustomed. But a night of haggis and scotch at The American Club in Tokyo would shatter his complacency. There, amongst drunken foreigners and servile Japanese, he would meet Chiyo Toa — enchanting, articulate, professional, and married — who would change his life forever.